Movement Optimization – The Power of Regression

Even if the movements will never be perfect, optimal is our next best bet.

Movement Optimization is a popular term in the “functional” training era, and with good reason.  To optimize is to “make the best of most effective use of a situation, opportunity, or resource”, and ultimately, that’s what we’re all trying to do: make movement better.

There is no “system” in movement optimization, just like there is no such thing as functional training (there, I said it).  There are only principles to guide the use of strategies, means and methods that make your training approach more functional and your movement most favorable.  I named this article “The Power of Regression” because I think a lot of what goes into movement optimization is just that: moving away from the current state, revisiting the former, less developed state.

Bear with me as I try to organize my thoughts into 3 ways to look at regression:

Many years ago, a couple of years after completing my Bachelor’s degree in Athletic Therapy at Concordia University, I taught a class in the Department of Exercise Science called: Introduction to Physical Activity, Health and Fitness.  By that time, I had worked in the gym and in the clinic with both athletes and the general population, and the one word I would use to best describe what differentiates the general from the athletic population is: perception.  So, when I taught the lab portion of this class, I included a section on what we refer to in the clinic as “bedside manner”, which is essentially about how you interact with the client.  This not only includes the obvious, like verbalizing some sort of warning before you touch someone’s butt, but also gaining some insight as to what makes them comfortable, what they feel, how they feel it, how to educate them: INVOLVING THEM IN THE PROCESS.

Correct me if I’m wrong, but not much time is spent on this in kinesiology programs vs clinical programs (at least, back then that was the case).  In the training world, subjective client information is often neglected.  We do our assessment, we know what they need, we TELL them what to do.  Well, guess what?  If you gather absolutely no subjective information, your assessment and your subsequent interventions are tainted with your own perceptions.  You are essentially imposing your perception onto the client, you expect them to perceive what you perceive.  Unfortunately, in most cases, they don’t.  Yes, I know we have objective assessment tools.  But we use the tools towards a strategy, and as objective as we all like to think we are as professionals, perceptions are sneaky and subtle (as are assumptions, by the way, which are often based on objective assessments) and they find their way into our strategy.  Movement will never be perfect and neither will we.  Involving the client in the process means more than just assessing them.  It also means understanding the context (physical and psychological) within which they move.

Where’s the regression in this you ask?  Well, for one it’s in our thinking.  Try switching it around: “Your lower back hurts because: “objective findings” becomes “What can you identify that you do that hurts your back?”.  It doesn’t really matter what the answer is.  What matters is it gives you insight into what the client can relate to because it is based on their perception of what is wrong.  It is up to you, after that, to clean up inappropriate perceptions and cues, but by understanding their perception, you can set-up an intervention that has a better reach with them.  Remember that movement is behaviour-based and behaviour is affected by a multitude of variables: what they feel vs what they’ve been told to feel, what they are apprehensive about from previous experience vs what they have been told to avoid, what actually causes them pain vs what they have been told is the cause of their cause pain, what actually hurts vs what they have convinced themselves will hurt.  These are perceptions, physical and psychosocial.  And I would argue that the success of your physical intervention is contingent upon cleaning up the psychosocial perceptions.

If we’re involved in a specific sport or discipline, movement variability is sometimes intentionally limited.  That is, certain categories of movement that are not specific to the sport/discipline are rarely trained.  The problem with rarely training these is that 1) it teaches the body that they are no longer “necessary” and so, the body locks down involved areas in an effort to limit movement and conserve energy, and consequently, 2) they are no longer accessible and become areas of instability.  Whether it’s planes of movement, bracing strategies, open kinetic chain vs closed kinetic chain, isolated vs compound, emphasis is always on what we consistently do or need to do.  But remember that while we become good at what we consistently do, we become maladapted to what we consistently DON’T do.  What is considered an advantageous adaptation for one category of movement leads to maladaptation in another.  Perry Nickelston (whom I really like) says: “It’s the movements you’re not doing that are hindering your progress”.

Bracing – Another term for bracing is “braced rigidity”, meaning that we are voluntarily creating rigidity in the spine to protect it, think deadlifts and squats.  Consistently creating braced rigidity is something powerlifters and CrossFitters (among others) do…a lot.  Over time, this repetitive braced rigidity, if it is not counter-balanced, can lead to chronic rigidity, which while it may not be detrimental to heavy lifting performance, can be to functional every day activities.  Think about how we ask the spine to behave when we perform a deadlift: 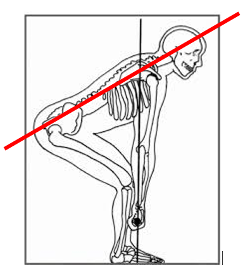 Essentially, we limit segmentation of the different areas of the spine and basically eliminate rotation.  If you’re a competitive (or not) powerlifter for example, you do this day after day, for deadlift, squats, and all the corrective variations of these exercises.  Sure, you get great at them.  But guess what you get bad at?  Segmentation and rotation, which are natural and intended movements of the spine for, well, life outside of deadlifting and squatting (and dare I say, life AFTER deadlifting and squatting).  Besides that, let’s face it, no one REALLY does a proper sagittal plane hip hinge, braced and all, to pick up a grocery bag, but no one should throw out their back picking up a damn 10-lb grocery bag just because their movement wasn’t “perfect”.  The problem is not as much about strength as it is about adaptability and the capacity to handle less than ideal positions.  Regression here means exploring movement that allows the spine to “step” outside the limits of braced rigidity.

Bilateral and Uniplanar– It will come as no surprise to you when I say that we don’t do everything on both feet and in the sagittal plane.  And I know you’ve heard the unilateral and multiplanar speech a million times.  Why is it so important though?  Aside from mimicking gait and preventing left/right imbalances and so on.  It’s also about DISSOCIATION.  Dissociating left from right, yes, but also anterior from posterior, upper from lower, joint from adjacent joint.  This not only means we that need to incorporate unilateral and multiplanar, it also means we need to “regress” to single-joint movement.  Yes, the “enemy” of “functional training”: NON multi-joint movement.  Because single-joint movement helps learn and preserve the ability to dissociate.  Yes, the body works as a kinetic chain, but if the links of the chain don’t also move individually, the chain becomes rigid, less versatile.  When you lose the ability to dissociate, you create a block connection rather than a chain connection.

Regression and The Limiting Factor

In training, we’re used to eliminating the limiting factor.  Basically, we control all variables that might limit strength.  We position ourselves in the best possible way to maximize force output.  Perfect technique:

“Perfect”.  That’s where the money is, right?  Wrong.  At least, not ALL of the money.  This kind of links back to my point about regression and specificity.  The body needs to learn to tolerate less than perfect positions.  It needs adaptive strength.  It needs RESILIENCE: Teach the lower back to handle load in flexion, teach the shoulder blades to handle load from a protracted position, teach the knees to handle valgus stress, teach the hips create strength from an internally rotated position.   “Perfect” (whatever that is) is not preventative.  Resilient is preventative.

Less than perfect is still optimal

Just like movement isn’t perfect, nor is there a perfect system that will make it optimal.  Perhaps the most significant limitation of a rigid system (or systematic approach) is that it typically cannot account for perception.  Your clients’ perceptions will be the confounding variable of any system you use to work with them, that one variable that can affect all your results.  A strategy, on the other hand, has a larger scope and explores many paths to the desired outcome.  It looks at every possible influencing factor.  Movement optimization is a strategy.  It is a strategy that, applied purposefully, will make the body more resilient, making it both preventative and performance oriented. 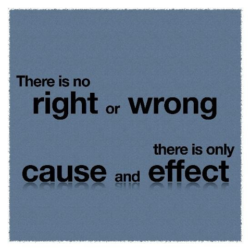